The Story of Shoal Lake and Starlink 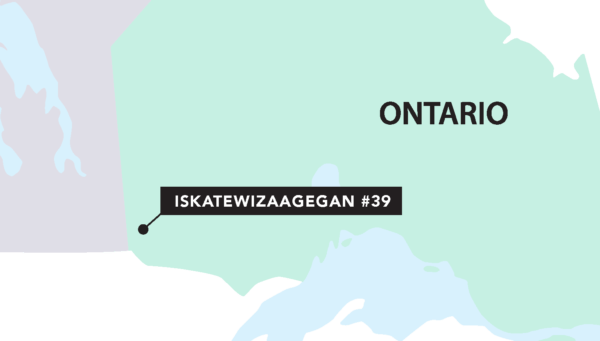 The Story of Shoal Lake and Starlink

Tucked away on a corner of Lake of the Woods in Treaty 3 Territory – notably, the sixth largest freshwater lake on the continent – Iskatewizaagegan #39 Independent First Nation (Shoal Lake 39) embodies a spiritual relationship with the water, to say the least.

As one might expect, community members naturally tend to know more about nibi (water) than most. For them, living off the land means knowing how to do things like fish for rock sturgeon and harvest sprawling fields of wild rice.

Ask anyone who calls it home, and they’ll tell you that life in Shoal Lake just tends to flow.

And yet, while this is true in almost every aspect, there is one area where the First Nation has consistently faced unexpected trouble: telecommunications.

Shoal Lake 39, like most other First Nation communities heading into the 21st century, eventually came to wonder how its culture and traditions could benefit from certain technologies – namely the internet, which many community members started to believe could be a vital asset.

According to James Mandamin, Shoal Lake 39 council member, each ISP seemed to present with the same shortcomings: they would overpromise and underdeliver.

“We’re coming from a long line of internet providers that promised a minimum of 25 megabytes download, 10 upload,” he said.

“But for a large percentage of people, that wasn’t the case. A lot of people were lucky to maybe get one megabyte down, and 100 kilobytes up. We had very horrible service, even opening a simple e-mail could take a minute to two minutes.”

Worse yet, each option came with punishing overage fees, which based on the poor quality of the connections, seemed like less of a risk and more of safe bet for a headache.

Not long after becoming a part of the community’s leadership, Mandamin opted to reach out to a fourth ISP, treading down a different road and looking into what options were available for Shoal Lake 39 in terms of wired fibre-optic connections.

“And they dropped the ball too,” he said. “They brought the service here to the community, but then they did nothing with it.”

“There were a lot of promises made in the media, with them saying they’re hooking up First Nations to their fibre-optic service, which they technically complied with, but in reality, there was no way to connect from the First Nation’s end. There were no capital dollars, no training to do our own thing, so it was really difficult in terms of getting anything hooked up.”

Over time, Mandamin grew increasingly used to hearing from others in the community about their connectivity struggles. Complaints were coming in daily, sometimes hourly, and the problem was slowly but surely becoming accepted as normal.

“It was downtime all the time,” said Barbara Kejick, one of Mandamin’s fellow councillors.

“I used to work in finance, and there were times when we’d have to make deposits, but the internet would just go off. Online banking wouldn’t load. Trying to upload documents, trying to have a video call? The internet would either cut out, or you’d get kicked out.”

According to Mandamin, even the community’s ATM and debit machines were affected. Those trying to make withdrawals or payments sometimes had to wait minutes for their transaction to go through – and that was if their request didn’t time out completely.

Because of this, cash only businesses in the community became a practical necessity, effectively stifling the First Nation’s economic development.

“We rely on the internet for our work, so much of what we do is handled directly through the internet,” said Mary Green, an employee with the community’s head finance office.

“But with what we had before, it would go down for a few days at a time, and we would just be kind of stuck. Trying to get the service restored, that was difficult, too. We shouldn’t have been out for that long. The community was stuck.”

To make matters worse, along with the rest of the world, Shoal Lake 39 eventually had to face COVID-19, putting extreme strain on several of the community’s key sectors as they scrambled to stay on top of the pandemic and keep each other safe.

To fight back against the virus, the community began moving to virtual service delivery. But as one might expect, the lack of reliable, high-speed internet served as an insurmountable barrier, putting a stern halt to any hopes of a smooth transition.

“When COVID first started, everybody was trying to go online, even my own children,” Kejick said.

“I had two boys that were still in high school, and my daughter was still in college. And it was hard for them, because they’d be in class, and the next thing you know, they’d get kicked off. And when you would try to call the internet company, you’d be on hold forever – like three or four hours, which then got added to your telephone bill.”

“We tried everything,” Mandamin added. “Facetime meetings, Microsoft Teams meetings, but all of the calls either got cut off, distorted, or dropped. Basically, we couldn’t see or hear people on the other side.”

According to Kristina Mandamin, Shoal Lake 39’s health director, the pandemic also put significant strain on the community’s overall mental health, and with therapeutic professionals unable to visit or make videocalls, the problem quickly turned into a downward spiral. 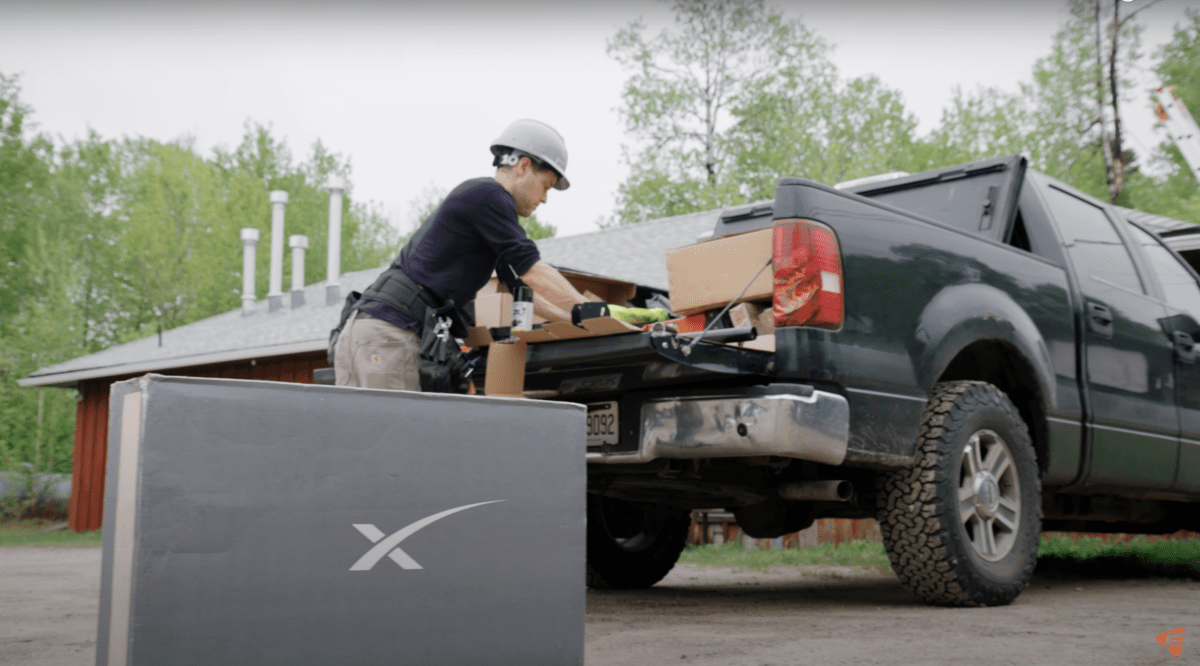 “With so many closures, we had a lot of incidents with mental health issues,” she said. “Our wellness workers were not able to link up with their clients. It wasn’t good.”

In this light, James knew the issue was at the breaking point. Something needed to change, and fast. Thankfully for him, toward the end of 2020, the community’s lawyer happened to mention a company based out of Kenora, Ontario, one that had been working with SpaceX to bring Starlink to Pikangikum First Nation farther to the north.

“Our lawyer got us in touch with David Brown, the CEO of FSET, who was helping Pikangikum at the time, hooking up their services,” Mandamin said.

“We were looking for something that would suit the community’s needs, in terms of health care, education, economic development opportunities, or even personal use, such as businesses started at home.”

“Starlink presented a much cheaper option, with higher bandwidth. Luckily enough, David was able to help us out with that. FSET was amazing in getting everything done quickly, efficiently, and helping with community grants to help get this dream realized.”

Around the time Mandamin and Brown were touching base, SpaceX was preparing to send yet another round of Starlink satellites into orbit aboard a Falcon 9 rocket. The operation was set to take place at the Kennedy Space Centre’s Launch Complex 39A in Florida, where NASA has ran most of its spaceflight missions since the 1960s.

Coincidentally, of Shoal Lake 39’s four reserves, the one James Mandamin was hoping to first get Starlink delivered to was also known as 39A – the signals he was brokering would be arriving from one historic site and making history in another with the exact same name.

On Tuesday, April 13, 2021, alongside Chief Gerald Lewis, Mandamin received Shoal Lake 39’s first eight Starlink units. Ask him, and he’ll tell you things haven’t been the same for the community since. 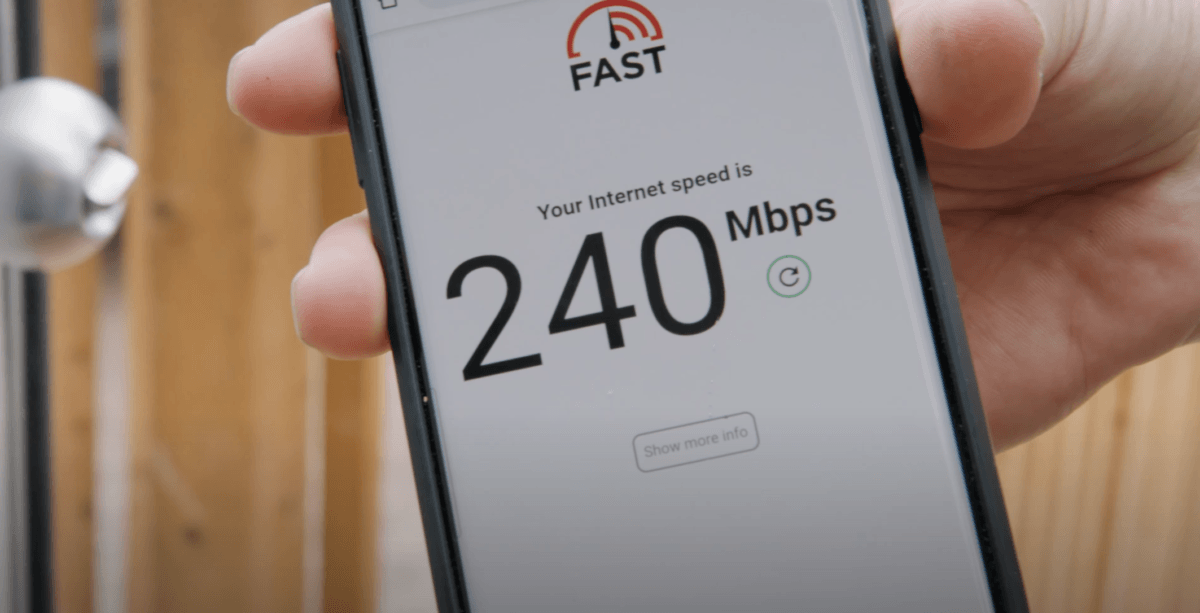 “We noticed an immediate change, for both offices and personal home units,” Mandamin said. “The community had been after a reliable and high-speed option for years, and with Starlink, it actually became a reality.”

“You see people in urban settings talking about these speeds, but living on a community such as Shoal Lake 39, you could only dream and say ‘That must be nice.’ But having Starlink definitely opens that door. It’s amazing.”

Once in receipt of the technology, Mandamin promptly got the units hooked up to several houses and businesses in the community. Kejick was one of the first to get a dish installed on the side of her home, and for the first time ever, her children were free to pursue their education online without any difficulties.

“My daughter, it’s her second year taking police foundations, and she’s able to get on whenever she needs to,” Kejick said. “My other son, my oldest, he’s out going to school in Saskatoon. He plays hockey, and we get to watch him play on the team’s live feed.”

With COVID-19 still raging, Mandamin committed one of the Starlink units to the community’s health office, providing its staff members with a wealth of new opportunities to fight back against the pandemic.

With the technology at her service, health director Kristina Mandamin was able to facilitate virtual service delivery and invite mental health experts from Ottawa to assist any and all who were struggling in the community.

“Our wellness worker was able to link up our clients with specialists, and that helped quite a bit,” she said. “We never thought we’d see the day, but we were able to do full-on conference meetings. It was a great feeling.”

Telehealth appointments also become possible, enabling community members to see doctors virtually when they otherwise wouldn’t have been able to see anyone at all. So too were team members at the health office able to better liaise with off-reserve sister organizations, opening even more doors to serve everyone in the community.

“Whenever COVID hits, if everything closes down, everybody can work from home, and we can keep everything running,” Kristina said. “Because of Starlink, our clients have it easier. It’s that simple.”

As one might expect, businesses profited, too – even the community’s laundromat eventually got a dish, setting the stage for them to process debit transactions and move beyond being a cash-only enterprise.

“I would say we’ve seen an increase in the overall level of service provided to the community,” Mandamin said. “Starlink makes that possible for us, it changed the game for us.”

For Chief Lewis, the results were crystal clear: Starlink was nothing less than a gamechanger.

“It was a new concept, and it was just starting to spread around,” he said.

“Once we opened up homes with it, and some businesses, it started picking up, and that’s where people realized, ‘Wow, this system works.’”

“It’s played a big part in schooling, the businesses, our health programs. Having that connectivity, it’s improving the community big time. With Starlink, you can basically take it and set it up anywhere. Everybody’s wanting it now. It’s been good so far, I like it.”

As of early 2022, Shoal Lake 39 has a total of 63 Starlink units in place, with plans to go as high as 118 to assist every single community member in need of a broadband connection.

“Our ultimate goal is to outfit the rest of the community with Starlink,” Mandamin said.

“We really want to spread this connection and availability with the community as a whole. We got what we wanted, and it’s a dream come true.”