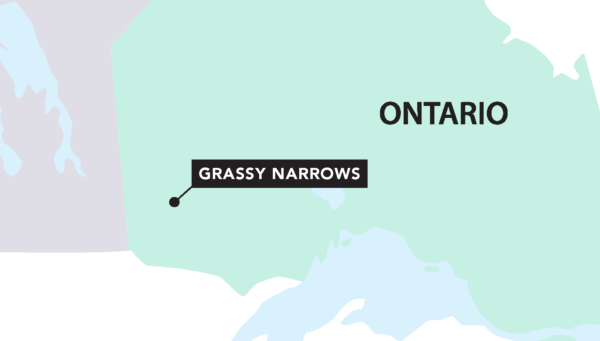 Asubpeechoseewagong First Nation – known also as Grassy Narrows – became the second First Nation in Canada to get SpaceX Starlink technology in the fall of 2021, opening the door for its 1,500 community members to gain access to high-speed internet for the very first time.

Grassy Narrows is surrounded by pristine wilderness, offering an ideal setting for traditional activities like hunting, fishing, harvesting berries and collecting medicines. And while those who live there will tell you they’re more than happy to live off the land, most would also say there used to be something they were missing: access to a broadband internet signal.

For years, if the weather was bad enough in Grassy Narrows, community members could expect their internet to go down for up to a week at a time. Spotty service and dropped calls were the norm, with some folks even having tales of being unable to dial 911 for emergencies. Even on a good day, anyone who could hold a half-decent signal for more than an hour considered themselves lucky.

To make matters worse, the community’s lone radio tower was struck by lightning in 2017, resulting in not only a prolonged outage, but a seemingly endless contractual dispute between competing internet service providers. As the matter dragged on, the issue became yet another barrier to connectivity. The idea of having high-speed internet, meanwhile, turned more and more into a dream.

Arthur Anderson was one of many in Grassy Narrows who wished things were different. As a councillor and the community’s governance coordinator, he felt he had to do something to solve the problem. By chance, he happened to come across an article about FSET’s work with Pikangikum First Nation, explaining how the Kenora-based company helped bring Starlink to Canada.

“I decided to just call the company up and ask if it would be possible to get Starlink hooked up in Grassy,” he recalled.

Without missing a beat, FSET jumped at the opportunity to recreate the success it had in Pikangikum and continue delivering digital equity to the North. Nicole Brown, the company’s Chief Operating Officer, promptly took over the matter and began putting the right pieces in place.

There were two immediate hurdles FSET and Grassy Narrows needed to clear: funding for the hardware, and permission from the federal government to set it up. Each Starlink dish costs roughly $1,000 to install, followed by a monthly subscription fee of $140 to keep the service up and running. And while the technology’s benefits were made clear in Pikangikum, Starlink was nonetheless still in its Canadian beta and officials still weren’t sold on SpaceX’s low Earth orbit (LEO) satellites.

Thankfully, Brown wasn’t just ready to go to bat, but determined to hit a homerun. As was the case with Pikangikum, she tapped into the Canadian Universal Broadband Fund’s $150M Rapid Response Stream (RRS), which is set aside by the federal government for the specific purpose of addressing the country’s broadband needs. And to get the green light, she got in touch with the right people at Innovation, Science and Economic Development Canada (ISED) and made a strong case for Grassy Narrows.

Back in the community, Anderson began going around and asking if anyone would be interested in the service. Surprisingly, enthusiasm was low, and many flat-out shrugged off the opportunity. According to Chris Loon – a father of two, and one of the first to take Anderson up on his offer – people weren’t skeptical of Starlink itself, but the very idea of having high-speed internet.

“Arthur came by the checkpoint one day and asked a group of us if we wanted to try Starlink,” he said. “The other guys, they didn’t pay it much mind, because I think they gave up on the idea of having good internet a long time ago. Me, though, I thought why not, I’ll give it a shot and see what happens.” 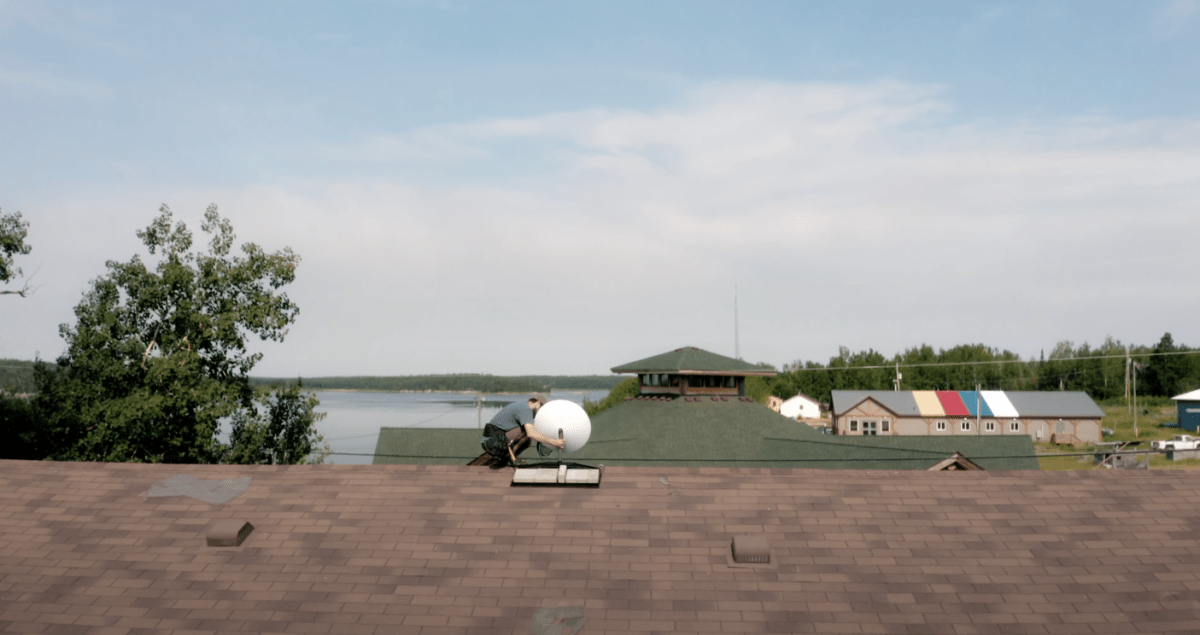 After Loon signed up, his connection jumped from a slow and inconsistent 5 Mbps to a steady and lightning fast 280 Mbps. His ritual of driving an hour to Kenora to make important downloads was to be no more – for the first time ever, his kids could learn and game from the comfort of their own home.

Terry Bunting is another community member who opted in early on. Ironically, he struggled to sign up, as his connection to the SpaceX website kept timing out. As soon as his dish was set up, it became possible for his daughter to attend Firefly lessons from her own home.

“Lots of kids in Grassy don’t have access to the internet like they need, like my daughter didn’t,” he said. “There’s nowhere they can get it in the community, and if you try, anything you do is laggy and doesn’t really work. With Starlink, it’s not an issue anymore, it’s way, way better.”

With a strong background in computers and more than a decade’s worth of work in information technology, Darryl Fobister was known by many as the tech guy in Grassy Narrows. He not only jumped at the opportunity to get Starlink for his home, but offered to help FSET get every other installation done.

“For so long, we tried so many different solutions,” Fobister recalled. “Each one presented something new and a chance at something different, but they never really went anywhere. I couldn’t even do something as simple as watching YouTube, trying was like a chore. But with Starlink now, it’s unreal, the quality is awesome.”

Like Loon and Bunting, Fobister has a child that really makes the difference of having Starlink clear.

“I love my home, but there is more to Earth than the land we live on, there is the world around it. Having high-speed internet allows our kids to open their eyes and broaden their horizons. They are being introduced to the rest of the world, not just the confines of the First Nation itself,” he said.

“Kids nowadays, they’re starving for information, to be plugged in somewhere. They want to know what’s happening in the world, it makes them feel less alone. With Starlink, they’re a lot closer to that. It’s a dream come true.”

Over time, FSET began installing dishes for the community’s various business and organizations. Kitapinoonjiiminaanik Family Services, the First Nation’s headquarters for childcare and protective services was one of them; prior to Starlink, the internet in their office routinely went down, preventing employees from working and severing their ties with a sister organization in Kenora.

According to Kitapinoonkiiminaanik’s prevention services manager Gabriel Fobister Jr., Grassy Narrow’s lack of broadband came at a cost for every single community member, whether they knew it or not.

“We do a lot of work with professionals from other organizations, and before, it turned into a challenge a lot of the time. Virtual service delivery just wasn’t an option. If you had a youth who needed to see a mental health professional, or an adult who needed to see a doctor, very often, those people would have to make the trip to either Thunder Bay or Winnipeg,” he said.

“Sending community members on those trips cost the community a lot of money, sometimes more than $3,500 per person. And that’s money that could have been spent elsewhere, like say, on infrastructure, but it just wasn’t there anymore. With Starlink, we can set those appointments up from within the community, and there are no glitches, no slowdowns, and everything’s perfect. It makes the ultimate difference.”

Another important organization in Grassy Narrows is the Mercury Disability Board, which since 1986 has been advocating for community members poisoned by mercury dumped into the English Wabigoon River. In July 2021, the federal government announced it will be providing $68.9 million to construct an on-reserve recovery centre to help anyone who might be affected.

The project is being spearheaded by none other than former community Chief Rudy Turtle, who has already been using Starlink to coordinate meetings and ensure the treatment facility is built as soon as possible. 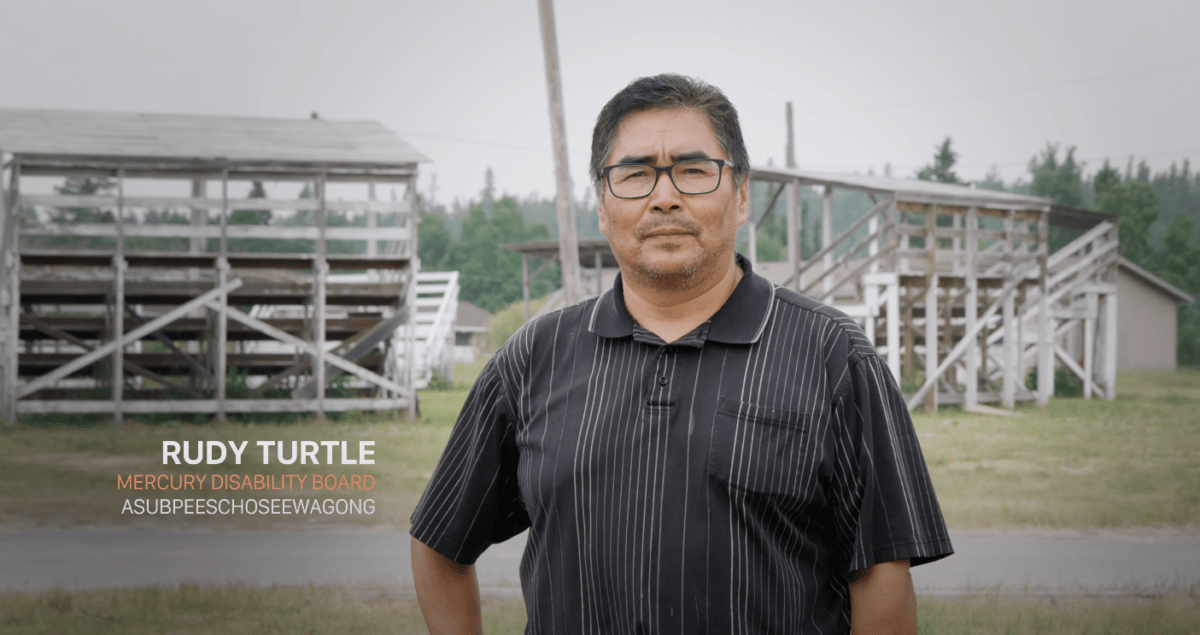 “With the old system, sometimes you got cut off and couldn’t get back on. I’m happy that Starlink is in the community, it’s fast, it’s more convenient, and it’s reliable. We just started the mercury project not too long ago, and Starlink is going to help. It’s going to benefit our people and make life much better,” he said.

Head over to the community’s Sakatcheway Anishinabe School and science teacher Cameron Nott, and he’ll tell you the technology can’t come fast enough. From Kindergarten to Grade 12, more than 200 students have to schedule and share their bandwidth. Nott himself recalls having to travel out of the community to do things like lesson plan and mark report cards.

“The internet at the school is very, very limited, and very difficult to work with as an educator. During lessons, we have to look for ways to leave the video out and keep the audio going. It’s a huge issue, it’s impossible to do some things,” he said.

“The sooner the school gets higher speeds, it’ll boost our quality of life, because we’re reliant on the internet for pretty much everything we do. The infrastructure is not where it needs to be for students to access online learning. It’s an essential service, one that we don’t have, but we need.”

Last but not least, it’s important to understand how Starlink gave Grassy Narrows a leg up against Covid-19.

“There’s a need for internet with everything shut down,” said Chief Randy Fobister at the height of the pandemic.

“That’s the great benefit of Starlink, you will be able to get things done. We have a big community, and everybody has to do their roles or lend a hand. The project getting all of these houses connected, there’s a lot of opportunities with that connectivity.”

“I’m a very spiritual person, I do my prayers in the mornings and evenings. It’s a good blessing for the community to have Starlink.”